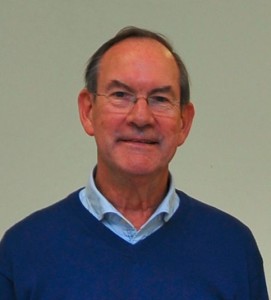 “Dear Members of the Salesian Family!”

With these words Joanna Stożek addressed all in the newsletter of last July. As the new President of the DBN, I would like to use the same welcoming words in this final newsletter of the year, because we are all brothers and sisters in the same family! Looking back at the last year, I would like first to express again my thanks to Joanna. I hope to be a worthy successor to her. Secondly I would like to thank all of you for your dedicated work and cooperation in the projects and actions undertaken on behalf of young vulnerable persons in many countries, especially those in emergency situations. I think that we can be proud of the  way we are helping young people to “stand up” and, often, to recover their dignity. I am sure that many are looking enviously at our work, in particular our data-base developed and coordinated  by Wojciech. DBN was established to respond to the needs of young people but  this would not be possible without the active partnership  with the Salesian Congregation. Therefore we are happy to adopt our new DBN logo, expressing our partnership with the Salesian Congregation. It is not only a sort of ‘convenience’, but it is an expression of real cooperation! I hope that in the coming year we will continue to make progress along the lines  which  the logo expresses. I wish you all a Merry Christmas and I send you and your families my best wishes for 2018.

We remember with gratitude and responsibility the date of December 8th, anniversary of the beginning of Don Bosco’s first oratory. It comes spontaneously to my heart to translate  or to echo for  Pope Francis’ invitation to be in a “permanent state of mission”, to be  in a “permanent state of foundation”. In fact, it seems to me that for all DBN members today it would be beneficial to  be in “a permanent state of foundation” – ready to re-start at any moment! It does not mean being ready to change just for the sake of change, but it does mean being prepared to try new ways and new methodologies. This readiness for new solutions and for new strategies is typical of the youthful spirit which permeated so strongly the beginnings of Don Bosco’s work for abandoned youth in Turin. It also combines perfectly with the journey of the world Synod of the Catholic Church, focused on youth, to be celebrated in October 2018. Our closeness and our attentiveness to young people in all five continents, to whose service DBN is called, should inspire us and sustain us. It is captured in this beautiful quotation – more than fifty years old – underlining this very conviction: “the strength and beauty of young people, [namely] the ability to rejoice at the beginning of undertakings, to give oneself totally without going back, to pick oneself up and begin again in search of new conquests” (Message of Vatican II to Young People, 8 December 1965). In this light, we could ask ourselves: what is space and strategy do we use in our structures and organizations to systematically listen to the youth? How are we working towards the gradual and courageous insertion of young staff in our programmes? Are we really ready to let them challenge our views and our “traditions”? Do we have the courage to ask them: “Tell us, please: what do you think about us? How do you see us?” Maybe their answers could become the beginning of a re-foundation!

Due to the transfer of SDB General House from Via Della Pisana, DBN moved to a temporary office at Via Appia Antica 126, 00179 Rome at the Catacombs of St. Callixtus. We are grateful to VIS (Volontariato Internazionale per lo Svilluppo) for accommodating us. As a part of our rebranding process and to have better visibility within the Salesian Family Don Bosco Network adopted a new logo as you can see in this edition of the newsletter.

We are all experiencing the effects of climate change. Extreme weather events occur more frequently and with greater intensity than heretofore. They result in natural disasters that create emergency situations in many parts of the World. Don Bosco Network continues to support affected SDB Provinces and local communities in responding to such emergencies: INC Province reconstructs schools in Nepal after the earthquake in April 2015; rehabilitation in HAI province after Hurricane Matthew devastated Haiti in October 2016; SDB communities in AFE support IDPs fleeing armed conflicts and people affected by famine in South Sudan, and SDB Communities help people affected by severe drought in North Kenya (2017); AFW Province, Don Bosco Fambul community in Freetown (Sierra Leone) accommodates 300 children, young people and families affected by fatal mud slides in August 2017; MEM Province assists people affected by earthquakes in Mexico in September 2017, ANT Province is engaged in relief and reconstruction in Puerto Rico devastated by Cyclone Maria in September 2017, with 6 SDB communities in Puerto Rico directly affected.

In July 2017 the SDB General Council appointed Fr George Menamparampil from the Missions Sector as the Emergency Coordinator for SDB international response to emergencies. This is to facilitate a more efficient worldwide response by Don Bosco organizations to natural and manmade disasters. The General Council appreciated as well prepared by the Don Bosco Network document: Emergency Response Mechanism. It recommended its use as the guide for SDB provinces for an effective, coordinated response to emergencies. The document is in the final stages of formatting and translations. It will be sent to the provinces early next year with a plan for training for its implementation.

In the two states of Andhra Pradesh and Telangana and working with the network of around 2000 Civil Society Organizations under the banner of Wada Na Todo Abhiyan (Do Not Break Your Promise Campaign) across India.

Aim: Create Awareness on Sustainable Development Goals, contribute to development of national indicators for goals and targets from the viewpoint of the marginalized and help with the formulation of the Alternate VNR (Voluntary National Review) from India

Join the Global Planning for launching action/2015 to bring pressure on governments to endorse the Sustainable Development Goals.

As soon as the Goals are adopted PARA begin to create awareness building on SDGs in a country-wide campaign in collaboration with WNTA.

After awareness building Consultations with marginalized and vulnerable communities, feed into national indicator development for SDGs and targets as part of the WNTA network

Bring out the “Alternate Report” as part of the VNR on the occasion of HLPF (High Level Political Forum) July 2017 in New York in collaboration with WNTA.

The grass root presence of People’s Action for Rural Awakening helps create awareness on SDGs for 40000 members of human rights clubs in schools. Children contributed to developing indicators for Goals 1,2,3 and 4.  Marginalized communities contributed indicators based on “Leave No One Behind” and Human Rights Framework for SDGs. This was fed into the process of Ministry of Statistics and Planning Implementation for development of SDG National Indicators.

These efforts resulted in the compilation of India’s “Alternate Report” for VNR at HLPF 2017, releasing it in New Delhi and other state capitals and on 12th July during the HLPF in the premises of UN. PARA joined the Indian Civil Society Delegation to the HLPF 2017 to formulate the response to the National Report at the HLPF which India’s representative made sure was not heard at the HLPF on account of the critical stance of the Civil Society Organizations.