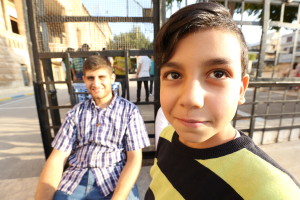 We realized this was the sole request of everyone we interviewed, praying for peace. It became clear what we were really set out to do here – relate Michał Król, Fr Roman Sikoń SDB and Darek Malejonek (Polish Singer) from Salesian Missionary Voluntary Service – Youth for the World (Poland) who have spent week in Syria. In choosing not to immerse ourselves in the convoluted political situation Syria found itself in, we focused instead on the lives of ordinary civilians and the Salesians who were trapped in the jaws of daily war, we also met with hundreds of young Syrians at the Salesian youth center who inspired us with their kindness and authenticity. They too did not hesitate to ask us to keep them in our intentions and prayers.

Aside from the typical duties of ministry, prayer, catechesis, and oratories with the youth, the Salesians in Syria are now fully engaged in humanitarian work. Packages are distributed with rations and school supplies. The Syrian youth volunteer to help with the packaging. Despite the ongoing war, the organization was impressive. By 3 in the afternoon, we were on the Salesian bus, driving through the streets of Aleppo picking up children and teenagers at the designated stops and street corners. At every stop, they file in neatly and around all 800 kids make it on time to that evening’s oratory. The oratory begins with games and other activities followed by community prayer and catechesis. Each age group makes its way to their designated classroom and begins the 2 hour sessions. After that, the youth pour out onto the football field and stands under generator powered floodlights. There’s plenty of things to do, whether it’s basketball, volleyball, football, or even just socializing or cheering on their friends. The activities and games officially last until 6 in the evening but the oldest children take the last bus ride home after 9 or 10 at night after the youngest age groups are taken home. Among them are group leaders that visited Krakow, Poland during World Youth Day 2016. Being there, we found time to conduct a few interviews and in the process found out that we were staying in the very same house where the youth gathered to organize their trip to Krakow for the meeting with Pope Francis despite the war outside. Five of the Syrians who attended Word Youth Day Krakow 2016 belonged to this oratory.

There is nothing left to do now but implore you to pray for peace in Syria. While still in Aleppo, we initiated a video campaign on social media encouraging users to pray under the hash tags #prayerchallenge and #Pray4Syria. We welcome you too to join us us on this campaign. Let us not forget about the people in Aleppo. We remain steadfast in our conviction that just as in Colombia, prayer brought about peace so will it come to be in Syria by the grace of our Heavenly Father. If you would also like to support the victims of war in Syria, we encourage you to send a donation to the Salesian Missionary Voluntary Service – Youth for the World. Please remember to entitle your payment ALEPPO. For more information, please visit www.SWM.pl. 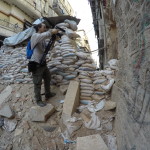 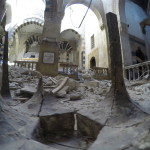 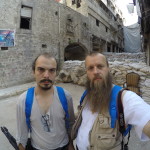 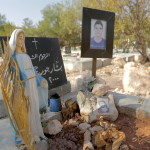 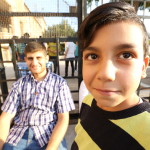